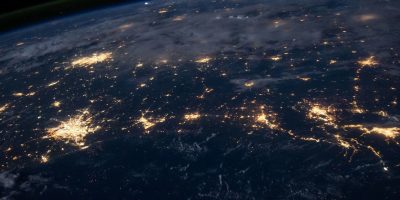 Given my interest in sciences, I had seen Saturn with a consumer-grade telescope (looked like a line going through a dot), Jupiter with four of its moons (the sight Galileo would have had). 🙂

Seeing the Milky Way in the night sky was not coming. I knew where in the sky it is supposed to be, but could never see it there.

Once during a vacation trip to a mountain area in the US, I saw a band of light in the sky. I knew it wasn’t just those one of those jets flying leaving a trail of smoke … My cousin and I drove around away from the hotel. Barely half a mile, and there it was!

It was so dark that we could not see each other!

And there was the night sky in its full glory!

Here is the closest photo I could find of what we saw:

This is what the night sky looks like with bare eyes (!), were it not for the air and light pollution.

The photo above would have been taken with a DSLR camera. For my usual point and shoot one didn’t capture a single dot even with a long exposure! 🙂

This is likely how ancient humans would always have witnessed the night sky. No wonder they were intrigued, giving rise to the development of astronomy, one of the oldest natural sciences. Hope some of you have witnessed this too! 🙂

{Adapted from a prior WhatsApp post on my school’s group and elsewhere on November 7, 2020.} 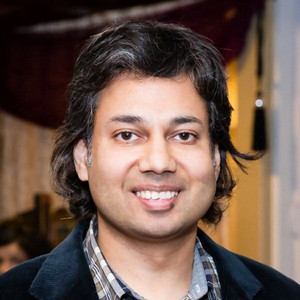